This building houses the Circus Museum at Hvidovre, Copenhagen with Barly's collection

The Circus Museum at Hvidovre, Copenhagen

The museum is open on Sunday to Thursday from 11 to 15.

Juggler Řlund Barly (1917-1999) was son of a circus - musician and Barly never had any doubt about his future: CIRCUS - as an artist and as a collector. Both absorbed him already as a child. When the other boys kicked the balls, Barly would juggle with them, and the job as a programme seller brought him close to the artists. Řlund Barly made his debut in The National Scala, Copenhagen, in 1937, which was the start of a lifelong career as an artist. The Collection of Řlund Barly - more than 80,000 items - is the result of a life long collection with many donations from faithful friends in the artist world. Řlund Barly has never bought any anonymous collections, but has received items from people, for whom they were memories of a lifetime. Řlund Barly has absorbed all the exciting stories, so the Collection doesn't only consist of posters, pictures and costumes, but live stories as well. The late Danish magician Truxas collection is part of the Barly's collection.

Photo of Řlund Barly, reproduced with 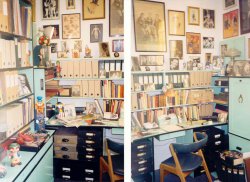 At the you can find a copy of the collector Barly's room.

The Circus Museum in Rold

The Circus Museum is situated in Rold in the northern part of Jutland. The museum was established in 1982 in connection with the riding-school builded in 1912 to circus Miehe. The museum has a nice but not very large collection and is a part of The Historical Museum of Northern Jutland). Open 1 May to 30 September. 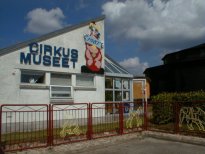 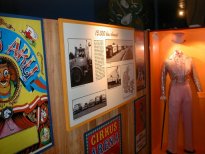 The in Rold. (Photo provided by the Circle of Friends of the ) 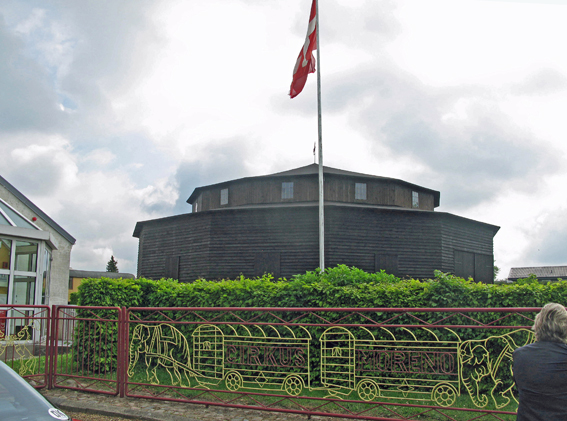 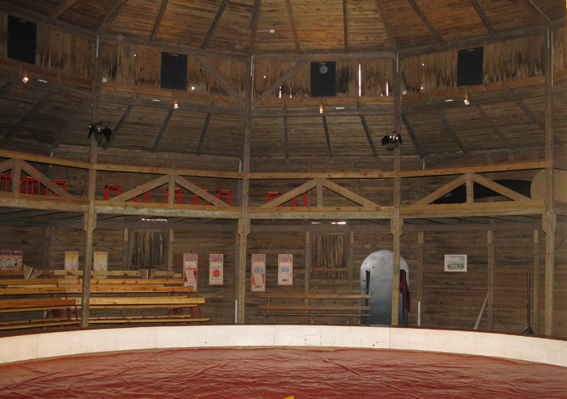 The Miehe riding-school next to the museum in Rold. Outside and inside. Photos from 2011